This study set out to understand the impact of low humidity on the immune system's defences against the Influenza virus. Genetically modified mice, which resist flu infection in a similar way to humans, were used to test the effects of humidity, at either 10 or 20%RH compared to 50%RH, on flu infection.

The mice were studied for their physical reactions to the virus, including temperature, weight, viral load in the respiratory system and ultimately their mortality to the virus.

The study found that mice housed at 20%RH suffered a worse disease course compared to those kept at 50%RH, with more rapid and greater weight loss, drop in body temperature and shortened survival. In fact, whereas all mice at the lower humidity died within 11 days of infection, of those that experienced 50%RH, just under half survived until the end of the experiment.

The research showed that low humidity negatively impacts the immune system's defence against the flu virus in three ways. It stops the effective operation of cilia, which are tiny hair-like structures in our airways, from the trachea down into the lungs, that work to remove pollutants. Secondly, it inhibits the ability of cells in the lungs damaged by the flu virus to repair themselves. Lastly, the study indicated that low humidity caused a failure of signalling interferons released by infected cells to alert neighbouring cells to the virus, and thus fight its spread.

The study offers insight into why the flu is more prevalent when the air is dry. “It’s well known that where humidity drops, a spike in flu incidence and mortality occurs. If our findings in mice hold up in humans, our study provides a possible mechanism underlying this seasonal nature of flu disease,” said Iwasaki.

While the researchers emphasized that humidity is not the only factor in flu outbreaks, it is an important one that should be considered during the winter season. Increasing water vapor in the air with humidifiers at home, school, work, and even hospital environments is a potential strategy to reduce flu symptoms and speed recovery, they said. 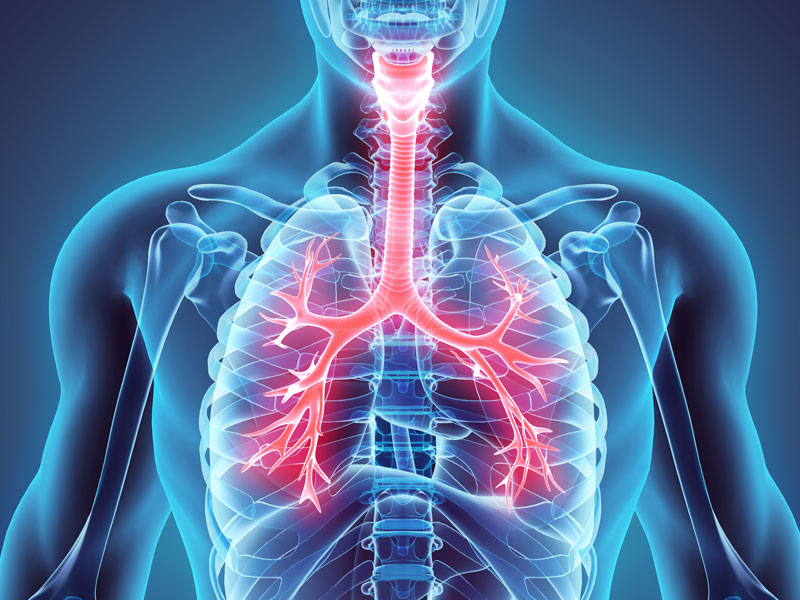 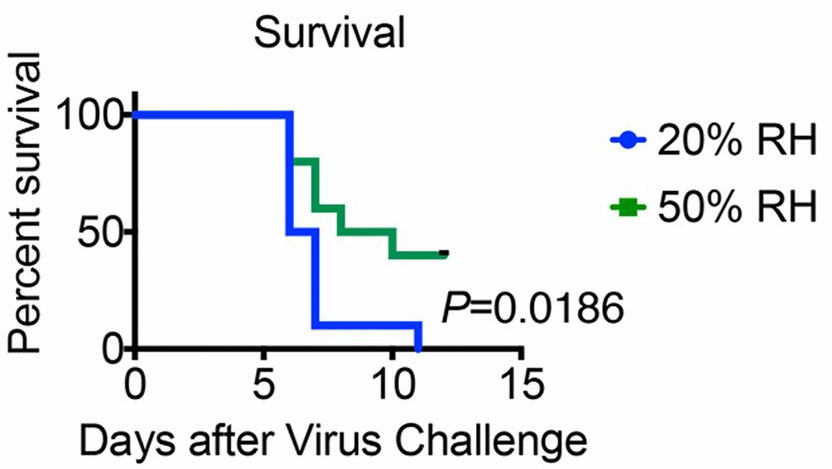 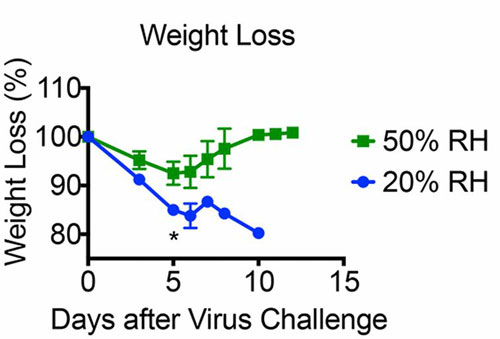 Dr. Iwasaki shows that balanced humidification increases our immune defenses and therefore can be applied to other diseases, not limited to influenza.

This study reinforces the need to maintain indoor relative humidity at 40–60% in homes, schools, offices, hospitals, airplanes and all other occupied spaces.

ASHRAE must recognize this excellent study as evidence to support a minimum RH level in occupied commercial buildings.

Low humidity acts as a conduit for viruses and airborne bacteria to disperse and travel around a building and threaten all occupants.

Dry air and our skin

Low humidity dries the outer layer of our skin leading to itchiness, cracking and dermatological problems.

Dry air and our eyes

Other scientific studies relating to humidity and health...